News » Home is where the award is

Home is where the award is 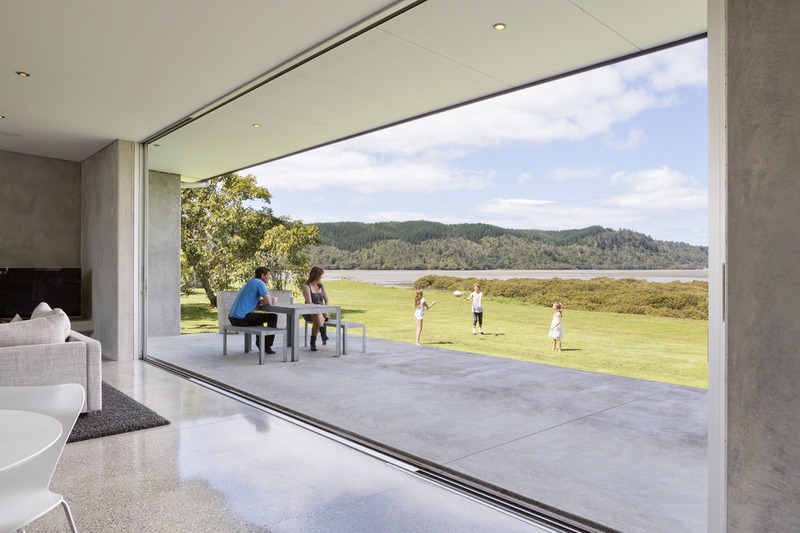 The Architectural Designers of New Zealand Awards were announced in Dunedin on September 27. Mrs Blake won the coveted residential interiors category for the home she and husband Barry and family built in Aileen Place, north of Whangamata. “Being our own home made the award extra special,” Mrs Blake said. “Barry has an engineering and welding background and he made the large panels for the house,” she said.

The house sits close to the harbour’s edge and features tall glass doors, which slide back to become invisible behind the concrete panels on both sides, maximising the indoor- outdoor flow and the views on both sides - the leafy garden on one side, the harbour and peninsula on the other. Judges described the four-bedroom Blake House as having “restful spaces with enduring qualities and dramatic connections to the outdoors”.

The high-ceilinged, open-plan living space includes a seating area which can be moved around to seat occupants in front of a large fireplace in winter or to take in the spectacular views in summer. The house has a calm, uncluttered feel. Included is an entertainment area with bar and coffee -making facilities, a spacious kitchen with long bench overlooking the garden as well as an extensive island worktop and a large wooden deck for entertaining.

Mrs Blake described the section where the house is built as “a magic spot”. “I hope I never have to leave here,” she said. She said she was helped in her win by photographs taken at night by Daniel Davie, daytime photos by Linda Herraman and a display module by graphic designer Melissa McGregor, all from Whangamata.

Mrs Blake says she will take a break from entering the awards as she is keen to travel overseas to glean fresh ideas for her design work. “I would also like to be involved in helping new members in the industry and encourage more women to become involved,” she said.